Sign up to hear about latest stock, secret previews, sales and more!
A Pair of Italian Neoclassical Style Terracotta Urns with Plinths 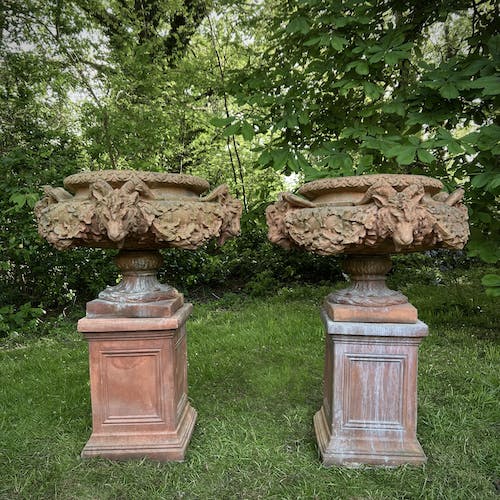 The neoclassic style features carved and applied ornamental motifs based on Greek and Roman sculpture. These urns are adorned with rams heads, oak leaves garlands typical of the influence.

Neoclassical design emerged in Europe in the 1750s, as the Age of Enlightenment reached full flow.
The first half of the 18th century saw a rebirth of interest in classical antiquity. Inspired by The "Grand Tour" of Europe, which was to become part of the proper education of a patricidal Gentleman, the tour always included an extended visit to Rome, with some venturing further to explore and sketch the ruins of ancient Greece.

Exuberant and classical, this pair of urns with plinths will make a grand statement in your garden or orangery. 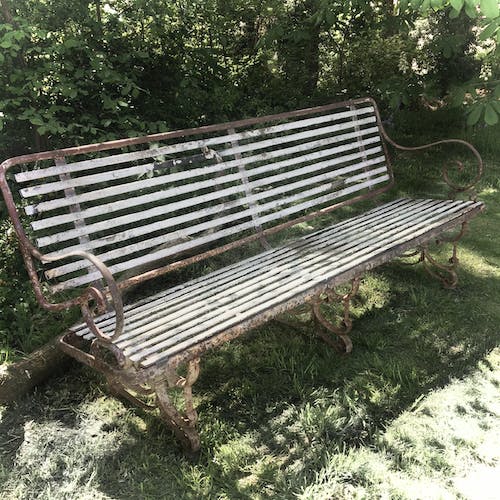