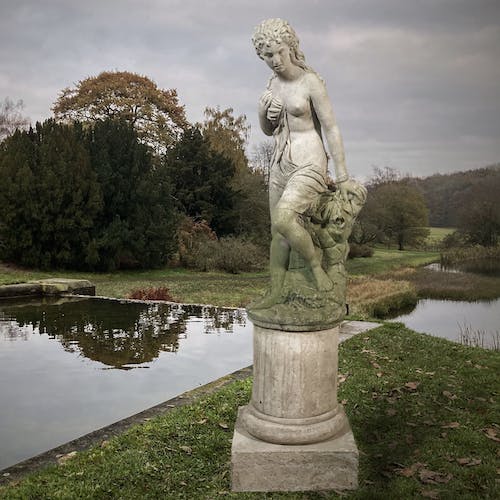 A late 20th Century depiction of Andromeda standing on associated plinth.
The piece has a great patina, life-like and sharply cast in composite stone.
In Greek mythology, Andromeda is the daughter of the king of Aethiopia, Cepheus, and his wife Cassiopeia. When Cassiopeia boasts that she is more beautiful than the Nereids, Poseidon sends the sea monster Cetus to ravage the coast of Aethiopia as divine punishment. Andromeda is chained to a rock as a sacrifice to sate the monster, but is saved from death by Perseus, who marries her and takes her to Greece to reign as his queen.