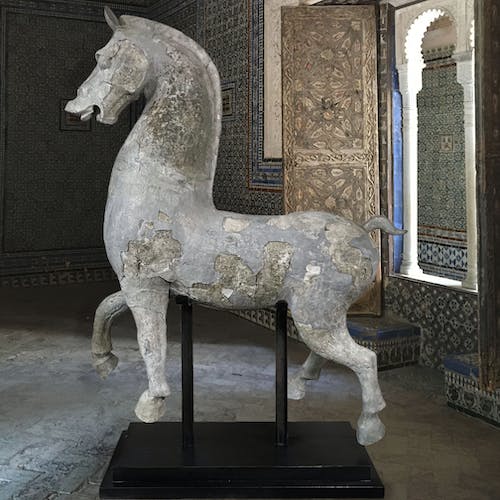 A enchanting animated Early 19th Century terracotta horse inspired by the Ancient Chinese Horses of the Han Dynasty (206 BC - 220 AD). This massive pottery horse is based on the exquisite walking Ferghana horses from the Ferghama Valley in Central Asia (now Afghanistan). They were prized creatures, only second in importance to the dragon. The horses were thought to have magical powers to enable them to carry the deceased to the next life - a wealth and statement symbol, the larger and more horses that an individual owned would guarantee their status in the next life.