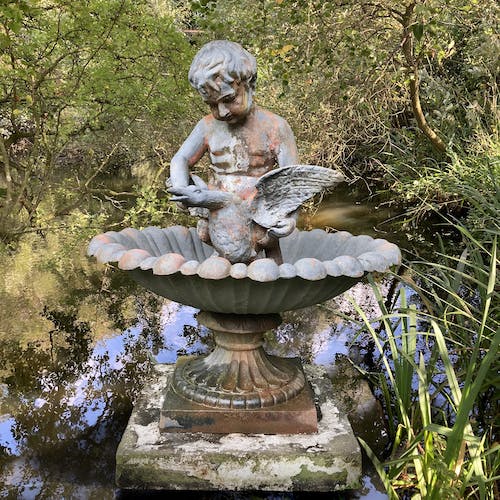 An exceptionally beautiful and unusual large scale French cast iron Putti Fountain depicting Cupid holding a goose.
Late 19th to Mid 20th Century.
This fountain with influences of the classical is one of the most unusual we have found for a long time.
When running, the water flows from the gooses mouth creating a cascading pool in the basin which can also overflow to create a gentle and sublime water feature.
The pieces has a wonderful patina and colouration. The York Stone plinth (with central hole) is included. 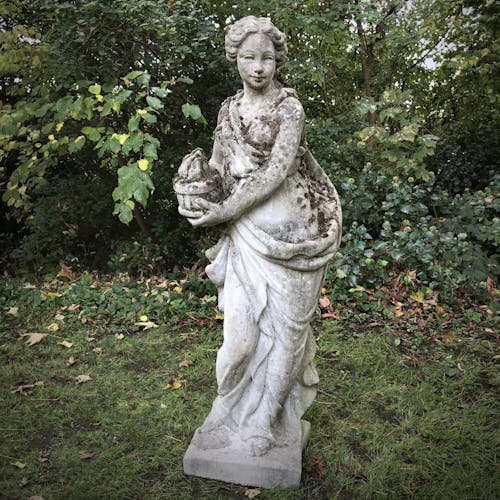