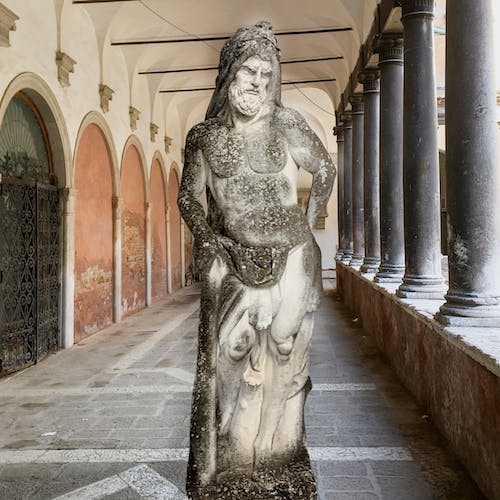 A superbly detailed French mid-20th Century cast stone statue of Hercules. Hercules was a Roman-Greco hero and God. Known for his strength, courage, ingenuity and sexual prowess. He is depicted here wearing a lionskin and wielding a club which he used to slay the ‘Neamean Lion’ and the nine-headed ‘Lernaean Hydra’ a serpentine water monster who guarded an entrance to the Underworld. An imposing and dramatic sculpture for your garden.
£2,650