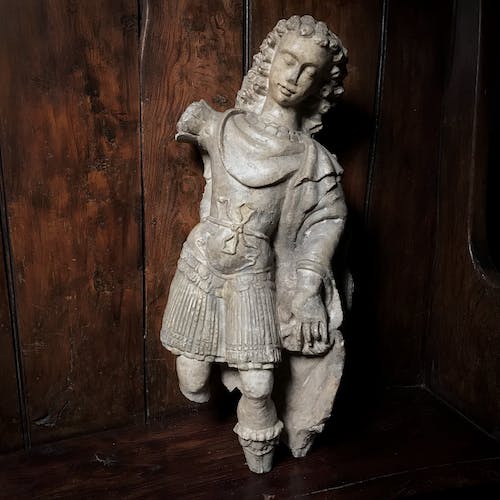 Intricately sculpted from limestone, bearing fragments of original gesso and polychrome which would have adorned this once highly coloured niche figure.

The distinctive ringlets of his hair, curled tight, hark back to depictions within art from the late Medieval to Early Renaissance periods.
Worth noting are the remnants of his great wings to the back of the cape. The sculpture has an iron rod where he would have been secured to his original niche.

Additional image depicting Saint Michael and the Dragon” by the Sienese School of the 14th century, is a mystical masterpiece depicting a miraculous event in dreamlike colour. See images for similarities.