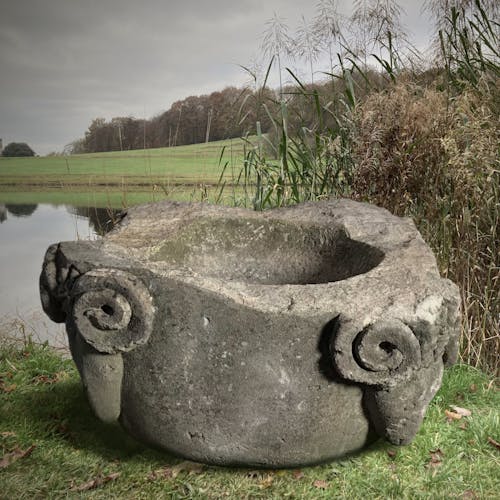 An incredibly rare striking font carved from limestone, with Ram’s heads at each corner of a shallow carved bowl.
The piece is a 12th Century church Font, but is possibly a reworked Roman altar.
A similar example sits in the Toller Porcorum Church of St Andrew & St Peter in the valley of the River Hooke, close to Dorchester.
The font comes with a museum quality crown of mortar formed to replace what the artist interpreted was once remaining to give an idea of the fonts original form.