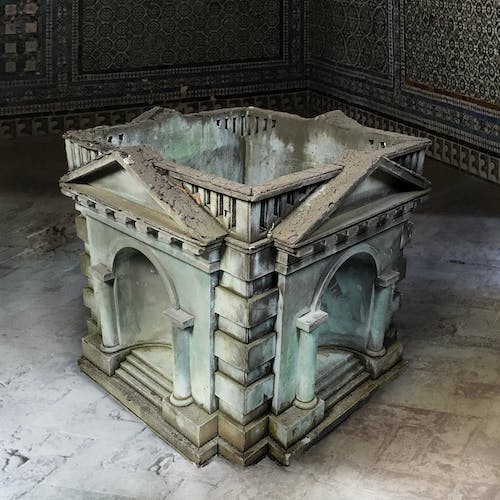 A striking Architectural model of an identical four sided Roman Temple or Temple of The Four Seasons.
Created in the early to mid 20th Century from a dense composite or resin material giving it a heavy weight.
Painted in a delicate verdigris which has aged even more beautifully over the last century.
A unique centrepiece in any interior and a fantastic one-off work of art or planter for your garden.