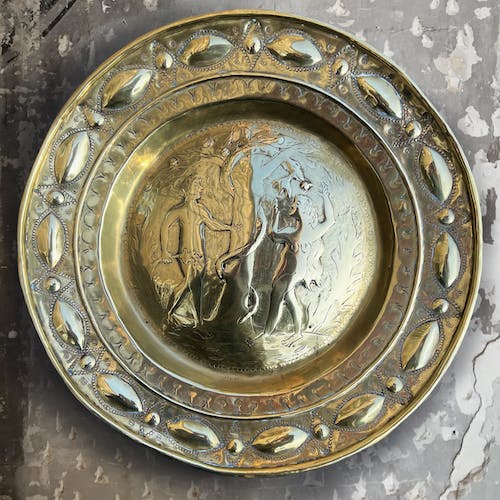 Created in Nuremberg in the 16th Century. The convex central plate illustrates Adam and Eve either side of the Tree of Knowledge, the tree is entwined by the serpent who offers Eve the forbidden fruit (an apple or pomegranate).
While this illustration is naive, it is also delightfully emotive.

The border of the plate is decorated with punchwork and distinctly raised lozenges.
It is worth noting that the plate retains much of its original gilding.

In our opinion, as well as being a work of religious art to be used on a regular basis for Centuries, it is a magical work of art which should be appreciated in its own right.