Sign up to hear about latest stock, secret previews, sales and more!
Busts of Athena and Antonia with Plinths 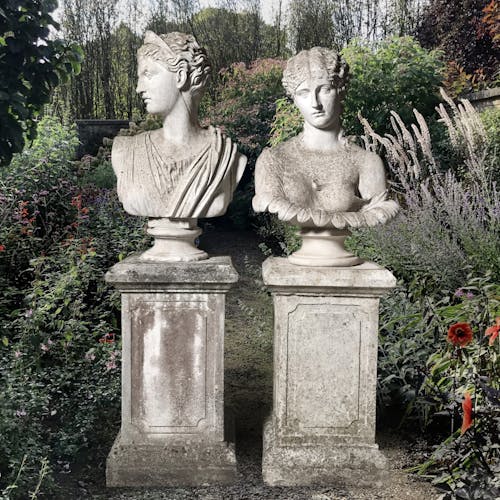 Athena or Athene is an ancient Greek goddess associated with wisdom, handicraft, and warfare who was later syncretised with the Roman goddess Minerva. Athena was regarded as the patron and protectress of a number of cities across Greece, particularly the city of Athens, from which she was named.
Antonia also known as the nymph Clytie, is inspired by a Roman original now housed in The British Museum. In myth the nymph turned into a flower for the unrequited love of the sun-god Helios.

This item has been sold. We only sell antiques but we are able to source similar items on occasion. Please contact us if you loved this piece and we will see if we can help!