Sign up to hear about latest stock, secret previews, sales and more!
Carved Winged Angels with Crown of Heaven c.1550 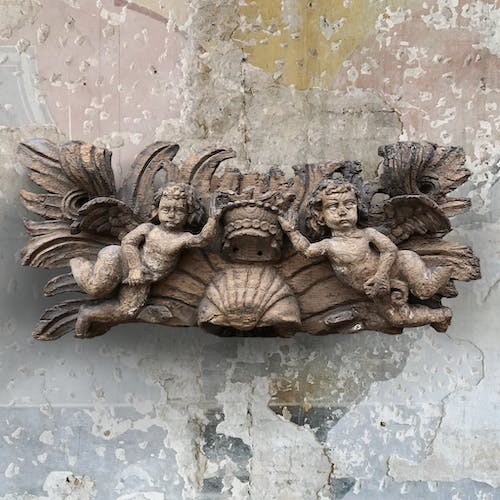 A enthralling deeply carved oak Northern European frieze depicting two winged Angels holding aloft a crown.
Created early to mid 16th Century, c.1550.
The crown can be interpreted as ‘The Crown of Heaven’ mentioned in many Christian texts representing the ideal that once in Heaven you will be rewarded for a good Christian life on Earth. It is also worth noting, the Crowns of Heaven reinforced the notion in the Middle Ages, that Kings and Emperors were chosen by God and therefore their word was indisputable on Earth.