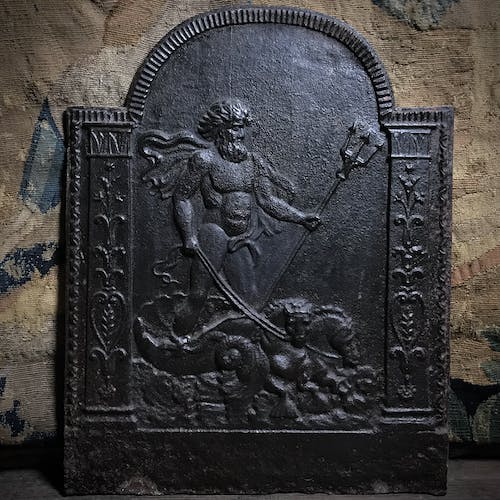 Featuring an enthralling depiction of Poseidon holding aloft his Trident. Poseidon was one of the Twelve Olympians in ancient Greek religion and myth, god of the sea, storms, earthquakes and horses. He is often regarded as the tamer or father of horses, with a strike of his trident, he created springs which are related with the word horse. His Roman equivalent is Neptune.

Here forged standing upon his chariot which is drawn by a pair of mythical fish-tailed horses otherwise known as “Hippocamps”.