Sign up to hear about latest stock, secret previews, sales and more!
Christ Figure as Salvator Mundi, Saviour of the World c.1520 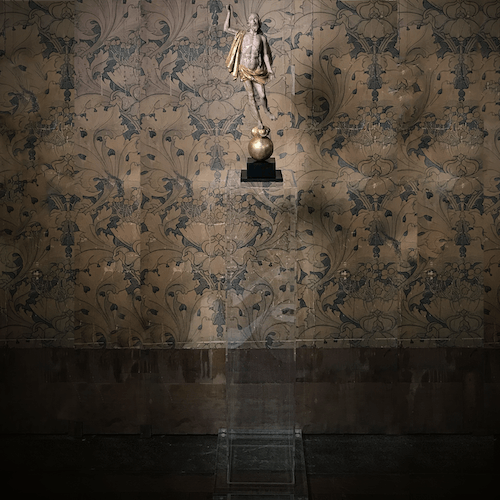 A rapturous rendition of Christ as Salvator Mundi, Latin for Saviour of the World. This delicately carved and beautifully polychrome and gilded Northern European limewood figure stands on an immaculate 20th Century lucite plinth displaying him to his full potential. Executed in a highly expressive and animated style with gilded drapery sweeping around his figure. His right hand is raised in blessing, he stands on a gilded orb known as ‘globus cruciger’ (symbolising the Earth). See a similar piece for reference in the Met Museum Cloisters Collection 1973.135