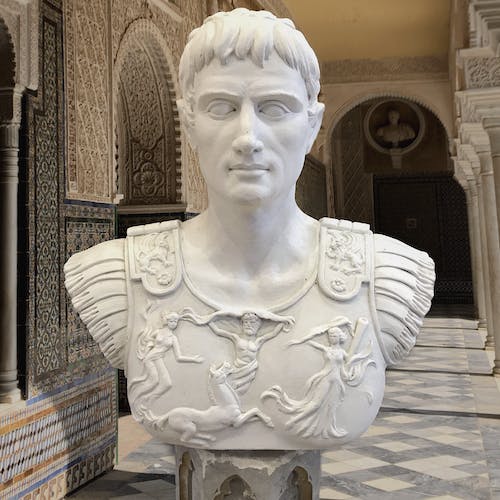 Born 23 September 63 BC – Died 19 August AD 14, and also known as Octavian.
Augustus was the first Roman emperor, reigning from 27 BC until his death in AD 14.
The reign of Augustus initiated an era of relative peace known as the Pax Romana.
His status as the founder of the Roman Principate, illustrates a legacy as one of the most effective leaders in human history.

A great Emperor to grace your interior!