Sign up to hear about latest stock, secret previews, sales and more!
Eros 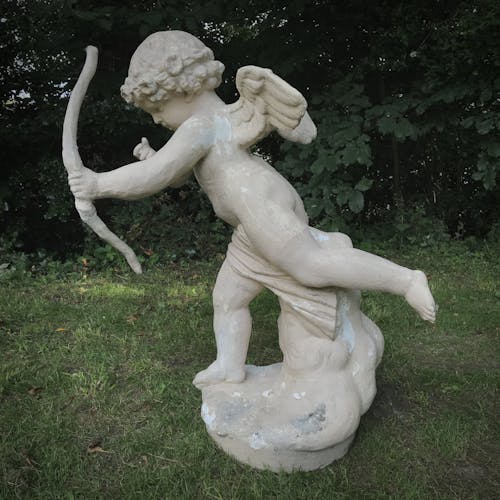 A great scale and presence statue. This Mid 20th Century stone composite statue of Eros (also known as Cupid) is the Greek God of love. In Archaic art he was represented as a beautiful winged youth but was made younger and younger until, in the Hellenistic period, he became an infant. Overpainted with scrapes, bumps and repairs appropriate with age.