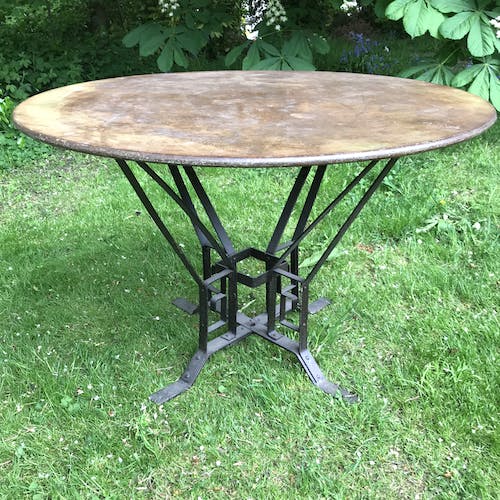 After the construction of the Eiffel Tower, Paris completed in 1889. Many French designers were influenced by the heavy industrial look which can be seen in varying forms for the next few decades. In this particular metal table you can see early influences of Art Deco shapes as well as the use of the flat bars of wrought iron rivited together to create a very modern and industrial look in a piece of garden furniture used every day. A style we can still relate to over a century later. 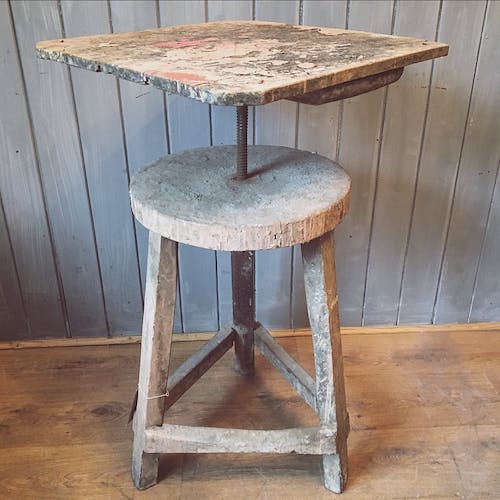 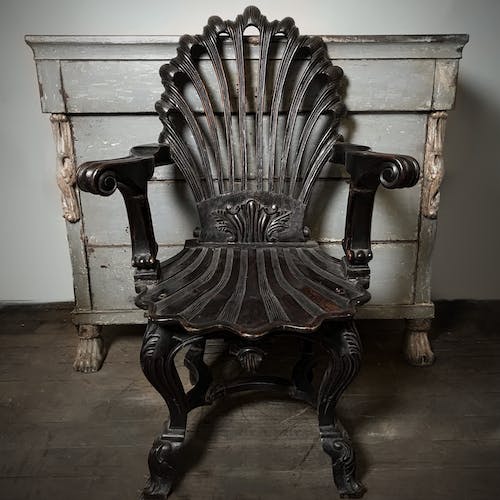 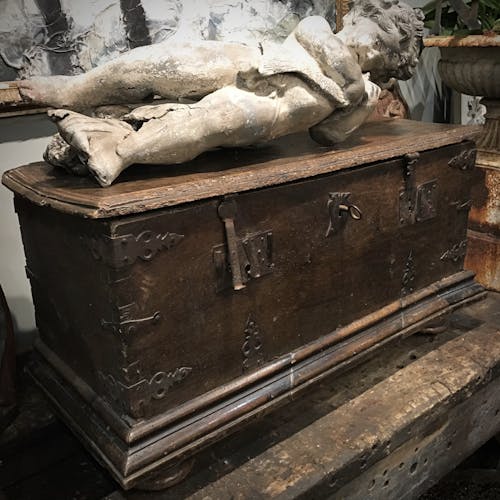 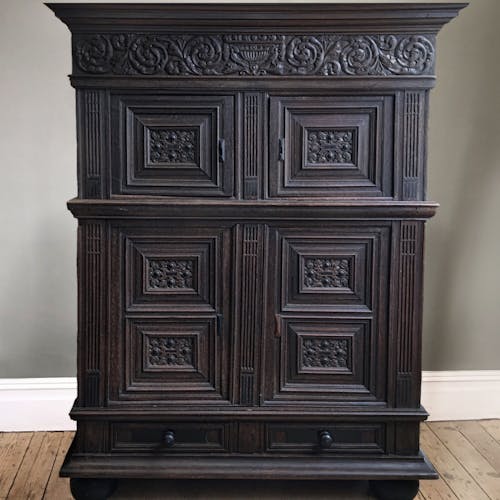