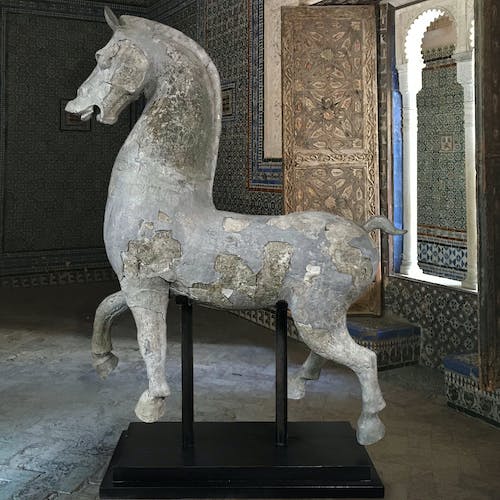 This large sectional terracotta and pottery horse is based on the exquisite walking Ferghana horses from the Ferghama Valley in Central Asia.
Horses were extremely important to Han rulers and aristocrats, who created representations of them to place in their elaborate tombs, for later service in their afterlife.
During Emperor Wu’s reign (141–87 B.C.) the superior breed of horse, the Ferghana horse was imported from the Western Region to China’s Central Plains.
The majestic stance of this tomb sculpture expresses the vitality of these animals known as “celestial” or “heavenly horses”.