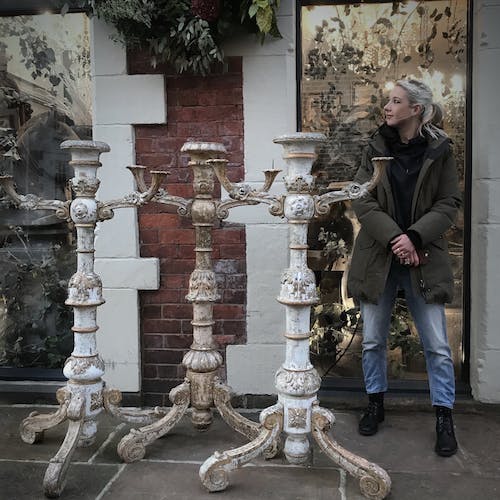 A rare find - three Louis XIV carved giltwood Torchères. Late 17th Century/early 18th Century.
These oversized Torchères would have adorned a French Stately Home or Palace during the reign of The Sun King Louis XIV. Created in Strasbourg, the Alsace City which was conquered by Louis in 1681.
Their scale and grandeur make these a rare and important collection as well as being exquisite in their own right.