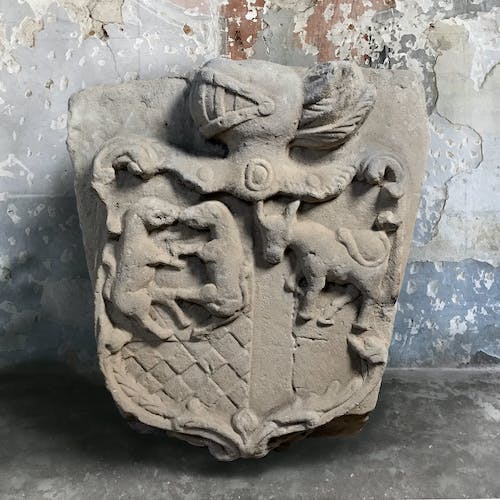 This huge carved stone plaque would have originally graced a walled gateway, doorway entrance, or the walls of the house of a ‘hidaglo’, that is, a nobleman. It was an external sign that publicly and visibly distinguished the home.
It’s use was regulated by law, in such a way only people who had a favourable sentence from the Royal Court could place an emblem on the facade of their abode.

Provenance from a Barcelona based Private collection.

A truly incredible architectural feature or statement piece for your garden, or a piece of history and objet d’art within your own private collection.