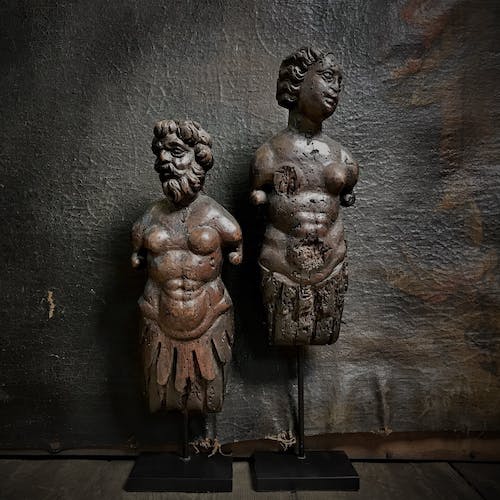 A pair beautifully carved dark walnut Italian Renaissance figures c.1550.
Depicting an idealistic representation of Renaissance soldiers wearing Ancient Roman ‘cingulum’ - an apron like or skirt like arrangement of leather straps often set with metal disks, copied from the Greek soldiers before them who wore the similar ‘pteruges’ - these provided a degree of protection, without impeding movement or over-heating the wearer as more rigid armour would have done.
A perfect example of Renaissance carvers harking back to the perceived glory of classical Antiquity.