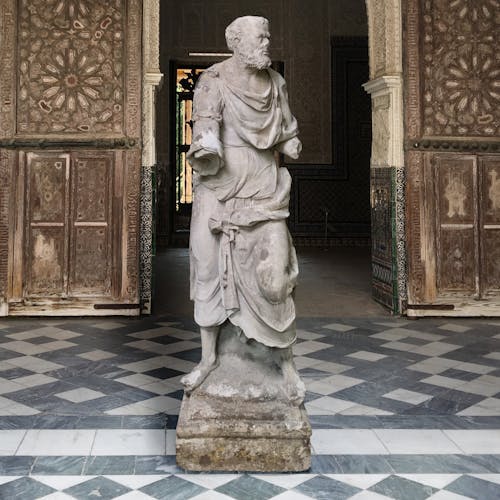 An incredibly rare and early Renaissance limestone statue of the Philosopher Aristotle.
With excellent provenance belonging to the home of a Noble family at Chateaux de Percy-Le-Pautel, France.
The statue was originally created in Italy during the Renaissance in the first half of the 16th-Century, (c.1550) after Greek antiquity.
The sculpture was installed in the private collection within the Chateaux gardens between 1640-1680.