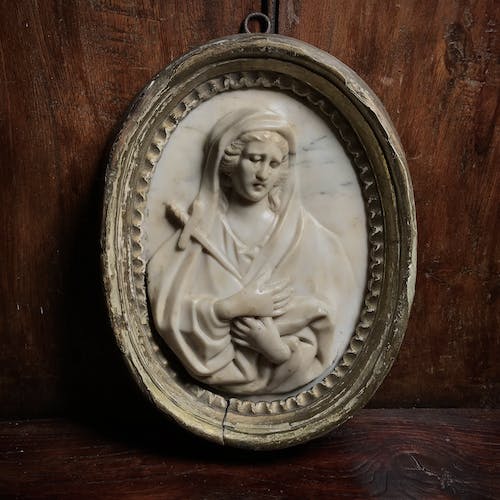 Created in the late 17th Century, and held in a later 19th Century gilded worn frame.
This beautiful depiction is contemplative and serene.
The piece would have originally been made for The Grand Tour. And would have been purchased as a private devotional object, or as work of art to compliment a Grand Tour collection.