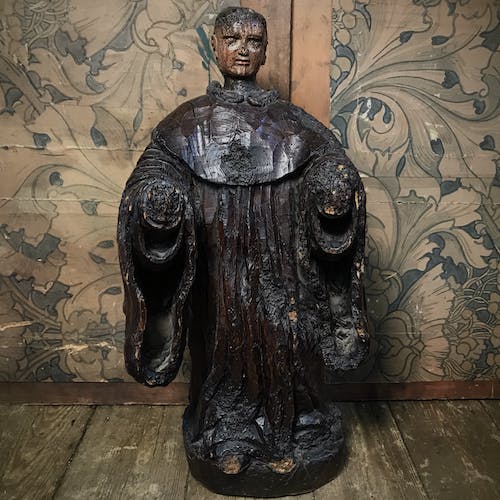 A exquisitely carved figure of Saint Francis of Assisi. An Italian Friar, Deacon, Philosopher and Mystic. Francis is one of the most venerated figures in Christianity, born Giovanni di Pietro Di Bernardone 1181. Often depicted like this, with his flowing Friars robes in which animals and birds are said to have sheltered. Along with Saint Catherine of Siena, he was designated Patron Saint of Italy - later becoming associated with being a protector of animals and of the natural environment.