Sign up to hear about latest stock, secret previews, sales and more!
‘Warwick’ Vase and Plinth 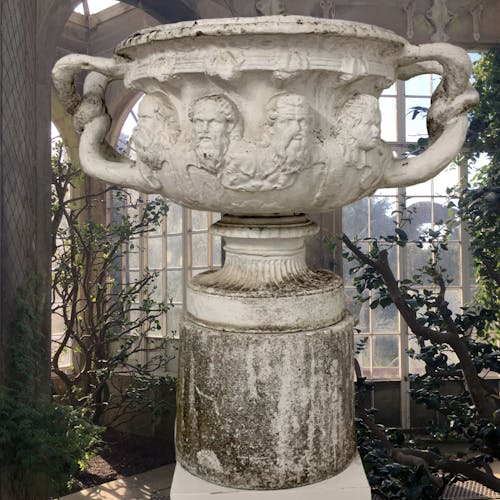 An epic scale ‘Warwick’ vase. An early cast stone 20th Century rendition of the original ancient Roman marble vase with Bacchic ornament which was discovered at Hadrian’s Villa in Tivoli around 1771 by Gavin Hamilton a Scottish Painter, Antiquarian and Art Dealer - the vase is now housed in the Burrel Collection in Glasgow. This is an enormous work of art which would be a perfect formal garden addition.
£2,800